Canon or Nikon | The final word 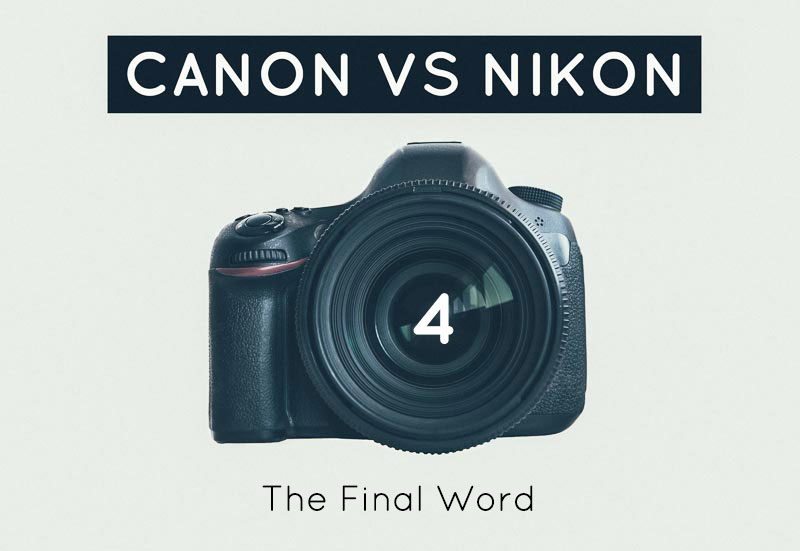 We’ve come to the last post in this series on choosing between Canon or Nikon, so it’s time to make a choice.

I’ve covered the ergonomics/controls and performance based on my experience shooting both brands over the past 3 plus years.

Before you get insight into what I would suggest you consider and my personal choice, we need to have a look at quality control and rental networks.

Overall, both brands make quality gear that stand up to professional use. However, just like any other product, wear and tear will take its toll over time.

From what I’ve experienced, Nikon has a lower level of quality control coming out of the factory, while Canon seems to degrade a bit quicker.

It’s been a bad couple years for Nikon when it comes to new camera body launches. The D800 had a focusing issue, the D600 had oil spots on the sensor and the D750 has had some flaring issues. It’s doesn’t instill much confidence in a user to buy a new body right away.

My Nikon D600 showed some of the oil spotting issues and I took it to a Nikon approved camera clinic in Melbourne for repair. When I got it back, the oil spots were gone, but I suddenly had focus issues. I was not a happy camper. I had to send the camera in to the Nikon service center in Sydney because the camera clinic didn’t think there was an issue.

They “fixed” the issue, only to have it occur again a few months later. I sent it in again, and it came back fixed although they couldn’t explain to me what they had done to fix it. I found their communication less than stellar throughout the ordeal.

Canon hasn’t had any major issues like Nikon when it comes to quality control. However, I have seen more issues with Canon lenses than Nikon ones.

The main issue I’ve had is fairly minor. My Canon 24-70 f/2.8L II USM lens’ rubber focus ring has stretched and detached itself from the barrel. This happened sooner than I would have expected and I’ve never even had a Nikon focus ring as much as budge.

It still works, but is quite annoying. I can’t speak to Canon support personally, as I haven’t gone in to try to get it fixed.

Also, my friend and landscape photographer/artist Trib Huvan recently took his 24-70 lens in because it was shooting soft. He told me that he is very careful with his gear and has only had the lens for around 4 years.

After having a look at the lens, they informed him that the gearing of the zoom was wearing down due to use and it will cost him $800 to fix. That’s almost half the price of a new lens! It doesn’t really support the usual argument that your investment in buying a lens will last longer than a camera body.

Down here in Australia, Canon is ahead when it comes to their rental network. It’s much easier to find places to hire Canon bodies and lenses and the selection is wider. It’s nice to be able to try out a higher end body or more exotic lens without having to buy it.

It is highly likely that when you’re first starting out you won’t buy all the lenses you need. In fact you probably won’t even know what lenses you need. Being able to rent a lens to test it out is a great way to help you decide whether it makes sense for you to buy it outright.

Canon or Nikon | Make your choice

Choose based on the logo. Which one do you like better?

Juuuuuust kidding. That would be a pretty stupid way to pick. I usually keep my camera’s logos covered with a bit of gaffers tape anyway.

The big takeaway from my experiences is that the question shouldn’t be “Canon vs Nikon” but rather “Canon or Nikon.” I don’t suggest “Canon and Nikon” unless you have a lot of money to spare (if that’s the case, I take donations…).

I know this may seem like a cop-out, but it really does come down to personal preference. My advice is for you to go to your local camera store, have a play around and think about how and what you’re going to shoot. It’s the best way to find the right camera for you.

You could just get the same system as your favourite photographer, but don’t get too tied to that. As you develop your skills, you’re likely to find new photographers that inspire you, only to find out that they use the other system.

The cheeky side of me wants to say “Sony? No one shoots Sony!” but of course that would be inaccurate and just the kind of inflammatory stuff that you read online that isn’t helpful to you.

Truth is, I just don’t know. I have never shot with a Sony, and at this point they aren’t on my radar. Two systems are quite enough for one person.

That said, that doesn’t mean they shouldn’t be on your radar. There are a number of great photographers who currently shoot Sony (Brian Smith and Trey Ratcliff just to name just two). Nikon sensors are actually made by Sony anyway.

Great photographers using any of the three brands can create beautiful images. It reiterates what I (and many others before me) have said before that you skills and vision as a photographer is more important than the gear you use.

If you’re open to looking outside of the big two (who command close to 75% of the market) then you’re going to start considering other things. I would argue that at the level of full frame Digital SLR, you’re mainly looking at the brands already mentioned (Canon, Nikon or Sony).

However, if carrying around a smaller, lighter kit appeals to you then you might consider mirrorless cameras from a variety of brands.

Uwe Richter commented on my post on controls and ergonomics of Nikon vs Canon and said that the Fuji X-Pro1 is a great choice to look at. Photographer, writer, blogger and strong voice of the art and craft of photography David DuChemin recently wrote a post how the Fuji X-T1 is better than a heavy DSLR for his street, travel, cultural and landscape work.

If I solely did this type of shooting and could get away with it, I would seriously consider buying a smaller camera.

Canon or Nikon | My choice

At the moment, a smaller, lighter mirrorless camera isn’t the best tool for what I do. There would be too many drawbacks such as reduced autofocus speed and accuracy, a lower range of acceptable ISO, and different depth of field.

My comfort zone is with full-frame digital SLRs and so I would still look at Canon or Nikon as the best choices. I’m happy to get to continue to work with both systems and am lucky that I don’t have to make a choice.

However, if I had to make a choice again based on what I know now, I would choose Canon.

Please don’t take that to mean that if you’re a Nikon shooter you should switch. My fiancée is an amazing food photographer and our Nikon gear is perfect for what she does. My opinion is so deeply connected to what and how I shoot that your choice will be different.

I still love my Nikon and appreciate where it has benefits compared to my Canon. I can even see that as my photography journey evolves that I may choose differently in the future based on what I shoot.

At the end of the day, the bad shots I’ve taken have been my fault, not the fault of the camera. It would be nice, but incorrect to blame someone else (or a camera) for those misses!

Not being able to do that also means that I can take responsibility for the ones that do work out.

The ones that have an impact.

The ones that I’m proud of.

Thank you so much for taking the time to read these posts. I would love to hear your perspective or any questions you may have. 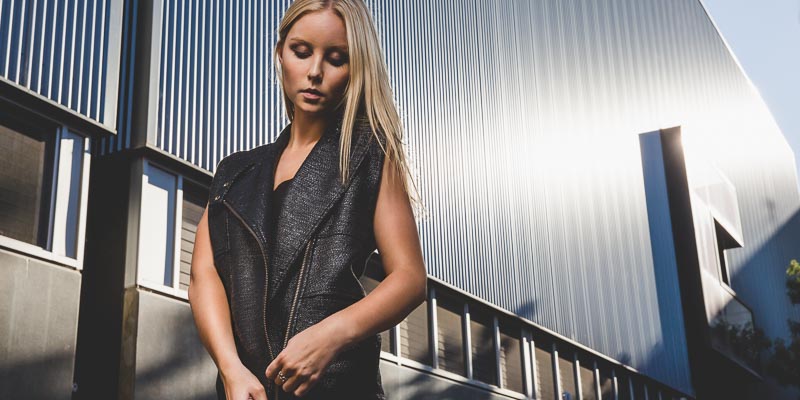 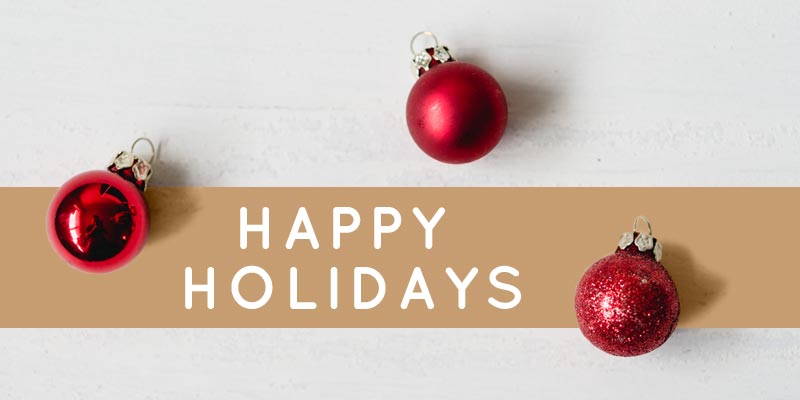 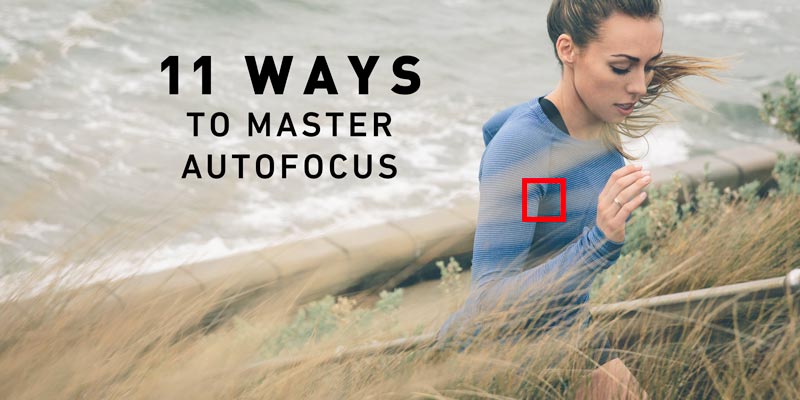 1 or 2? Which one of these thoughts from my first

Have you ever struggled with creative momentum? Le

A riff on what @garyvee always talks about. You ca

Happy new year everyone! Hoping 2022 is your best

Blasting off into the holidays! Can you believe is

This wasn’t the angle we had lit, but it was the