Canon and Nikon | Differences in Performance 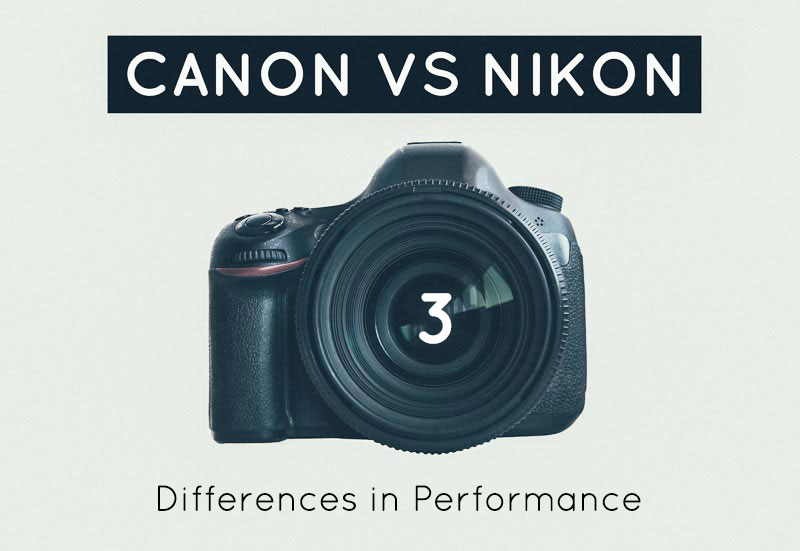 If you read my last post, you would have read why I feel that the controls and ergonomics when comparing Nikon to Canon are the most important thing to consider. However, it seems that most people tend to focus on differences in performance.

It’s understandable why. These things can be tested either objectively or subjectively and comparisons made. That means these concrete numbers can most easily support your post-purchase justifications.

When looking at a great photo from a photographer you admire, consider that it is their art and craft that you’re appreciating, and not the tools they used to photograph. That’s why there’s still amazing film photographers out there, and not every amazing image is tack sharp (I’m talking to you pixel-peepers).

Fanboys might be appalled that I feel that way, but I’m confident that for the vast majority of photogs, the differences in performance I’ve found after using both systems for over three years are minimal.

Of course that doesn’t mean that there aren’t differences in performance between the two brands. That much is obvious. Here’s what I’ve found through regular use of my Canon and Nikon cameras.

To be more accurate, they’re Sony sensors with Nikon doing an amazing job on interpreting the data. Thing is, this combination (which I will call “Nikon sensors”) seem to be a cut above right now.

When zooming in a 100% on RAW files, I see more controlled colour noise and the luminance noise looks quite natural when at high ISOs. That coupled with the amazing ability to rescue detail from the shadows is what sets Nikon sensors apart.

That said, if I didn’t see what Nikon sensors are able to do, I would be amazed with what Canon sensors can do. Although they may not be as good as Nikon sensors, for the vast number of users it would easily be “good enough”.

If you’re capturing optimal data on the way in (i.e. proper exposure, using techniques to reduce dynamic range when necessary), you won’t even need to rescue details as often.

If you do happen to make a mistake and need to “save” something, most RAW converters give you the tools to tweak noise reduction and sharpening to taste. Depending on your output (if you’re never printing and only showing things online), there may be no tangible difference in the two sensors when looking at the results online or in small prints.

In terms of how jpeg’s compare out of camera, I actually don’t know. I haven’t shot a jpeg in years; I only shoot RAW. With jpegs I feel I am allowing an engineer somewhere in Japan (most likely) make creative decisions for me in how colours, contrast and other aspects of an image are rendered. Sure I can change some of these after the fact, but not with the same control as with a RAW file.

Anecdotally, I’ve heard stories that Canon has a more pleasing colour rendition. Of course this is a matter of opinion, as I’ve also seen people write how they prefer the colours their Nikon’s produce.

When looking a jpegs straight out of camera, it’s easy to see a difference in how each handles colour. This isn’t surprising as each company has their proprietary way of interpreting RAW data from the sensor.

I only shoot RAW nowadays and don’t use either Canon or Nikon software for RAW conversion. I have heard that using those tools will get you the colours that you see in camera jpegs but I’m not too interested in going with a basic jpeg recipe. I prefer to come up with my own toning that reflects the mood in the image I’m trying to create.

To get my own toning, I use third-party RAW converters like Adobe Lightroom and Phase One Capture One Pro. By doing that, the differences in colour are minimal if you use their standard RAW interpretation. You could even lower the difference further by using an X-Rite Colour Checker to calibrate the colours.

There will still be differences in colour due to sensor differences and how the RAW converter interprets that. In practice, once you get comfortable with the RAW converters of your choice, you have the freedom to create the colour that’s right for you and the final image.

Suddenly you’re the artist of the final result rather than letting an engineers somewhere in Japan make the colour choices for you. 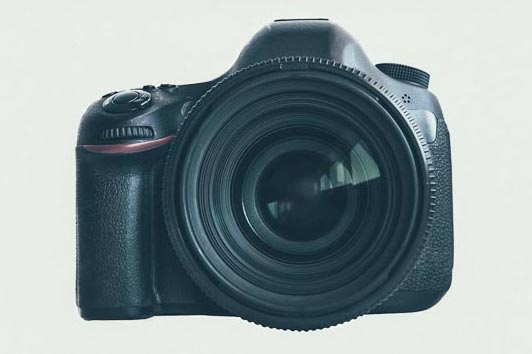 I created this Canon and Nikon hybrid image using Photoshop. It is a combination of a Nikon D600 hand-grip taken with a Canon camera and a Canon 5D Mark III silhouette taken with a Nikon camera. The RAWs were rendered using Lightroom and a VSCO filter. If the colours had been too different, I wouldn’t have been able to combine these images and get a realistic looking result.

Canon and Nikon have extremely good auto-focus systems that work well in a variety of situations. That’s not to say they’re perfect. I still get missed focus with subject that are moving quickly, or erratically, or when they’re back-lit, or in low light, etc. Neither system is perfect.

Both auto-focus systems have slightly different settings and tendencies. If you learn what those tendencies are, you’re going to get in focus, sharp shots most of the time. If you’re not getting sharp results, I would look at the following things before deciding that you need to switch camera makers:

The point is, if you’re having issues with blurriness, there are many things to look at before blaming your camera itself (i.e. look in the mirror first). These are things that all photographers have to deal with. We’re all problem solvers. We see a lighting situation and need to figure out what settings will allow us to fulfill our creative vision of what we see.

Differences in continuous shooting can be split into two factors: frames per second and buffer size. Both of these vary between models and generally increase over time.

After having shot with the Canon 1DX and it’s 12 frames per second, I can tell you that there’s a bigger difference between the 1DX and the Canon 5D Mark III than the 5D and the Nikon D600 (6 and 5.5 frames per second respectively).

So if you want the fastest continuous shooting, you’re going to have to invest more money. If budget is an issue (and it is for most people), you’re probably not going to see a huge difference between Canon and Nikon.

The benefits that each camera maker has in terms of sensors and colour rendition are somewhat rendered a moot point through RAW conversion.

For the extremely critical artist, there may be differences that they find quite important. If you think that’s you, then I would rent both systems and see which you like better in terms of RAW data. Otherwise, I would spend more time learning how you can use your RAW converter and other post processing tools to get the look and feel you’re after than researching which camera system is better.

So, as I’ve said before, I think you should look at differences between Nikon and Canon in ergonomics and controls based on what you’re going to shoot to help make a choice between Canon versus Nikon.

Finally, I’ll look at build quality and my final word on Canon vs Nikon. If you have any questions, comment below and I’ll make sure I include answers in my next post. 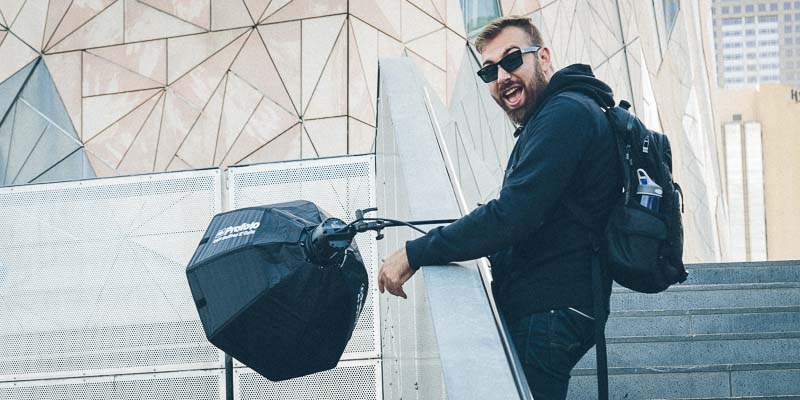 So you want to be a photography assistant eh? 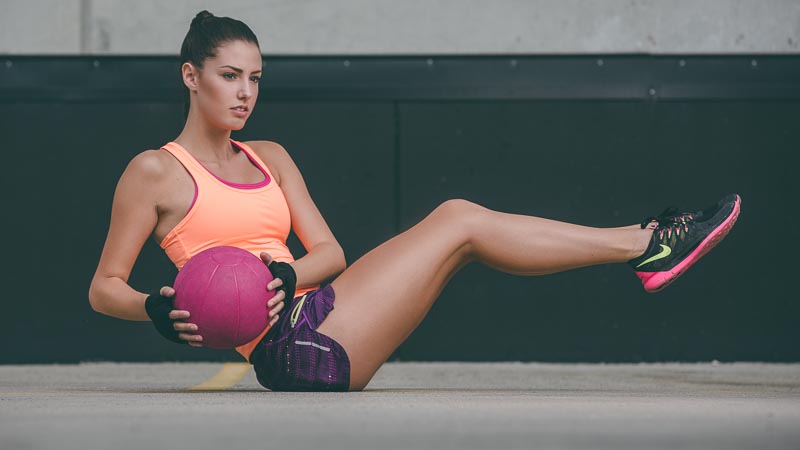 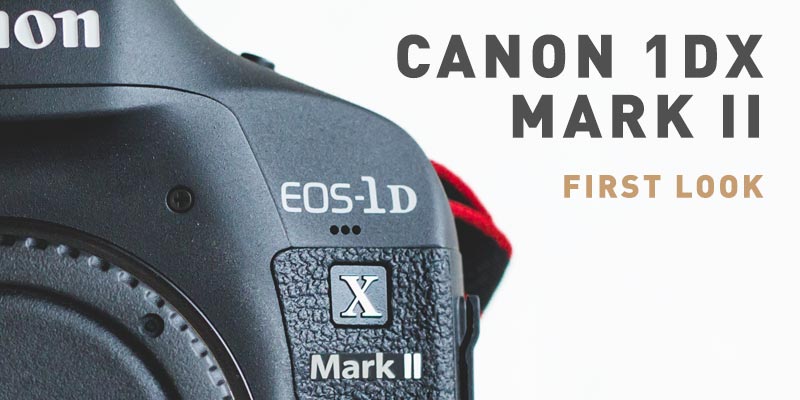