Although I often shoot natural light, when I do use lighting gear I choose from an eclectic list of strobes, triggers and modifiers. I own some stuff on the list that I chose carefully and hire when I need something different.

It comes down to what’s right for the job as all of these options can be made to work with both Canon and Nikon gear.

Support this site by purchasing the photography gear from B&H using the links on these pages. These affiliate links give me a small commission if you make a purchase (at no extra cost to you). Thanks for your support! 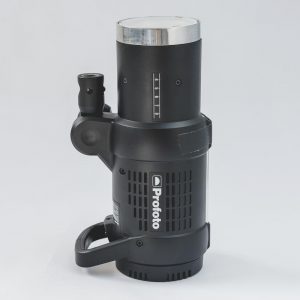 I use this strobe more than any of the other ones I own. I like that at any power under 6, it can keep up with continuous shooting. The whole reason I bought it in the first place was because of it’s ability to do HSS (I actually waiting until this was implemented, not just announced) and it works as advertised with a couple limitations. It’s well suited for on-location photography indoors, whereas I prefer the B2 for on location photography outdoors.

BUY THE PROFOTO B1 > 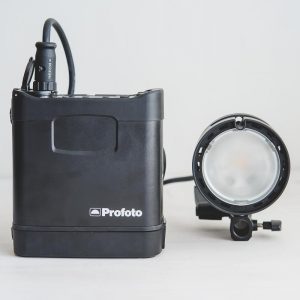 I’ve rented this kit a few times and think it’s the best solution for the work I do. The “goldilocks” between speed lights and heavier strobes. If I was doing it all over again, I would have bought this instead of the B1 (I bought it before the B2 was announced).

BUY THE PROFOTO B2 > This is not a generator that I use much in the photography I do, but it is invaluable when I do need it. It’s build like a tank and is super dependable. I’ve hired this for specific jobs and likely would never but it unless the style of my photography shifted into a studio setting. 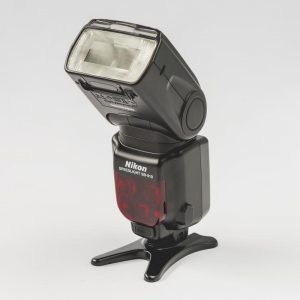 Nikon’s top of the line speed light has all of the features you might want (outside of internal RF triggering). If I’m shooting an event, this would be my preferred Nikon flash since the power will allow me to bounce it of high ceilings to get a more flattering light. It’s not as powerful as a larger strobe and won’t recycle as fast either. If you don’t need either of those features, this is a great buy. 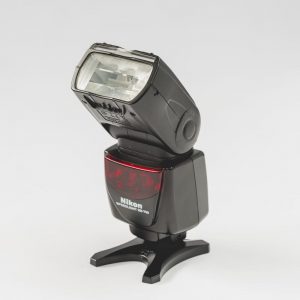 Small, lightweight and perfect for those times when you’re trying to be more discreet. Not as powerful as the SB-910, it still has enough power to be bounced in locations where the ceiling isn’t too high. This is my preferred travel speedlight. 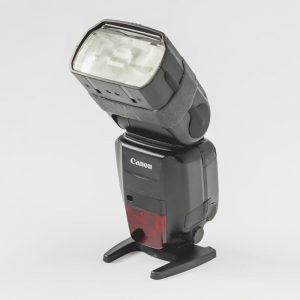 Canon’s version of the SB-910, but this does have RF triggering (if you have the right RF trigger on the camera). Again, a great flash that you can use in a pinch to add light to a scene. Just remember it’s not going to keep up as well as a larger strobe and will run out of batteries faster. 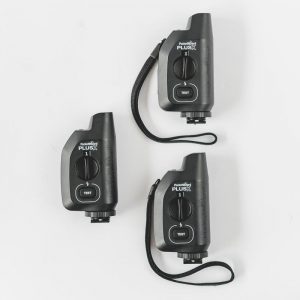 Relatively inexpensive (if you don’t compare it to ultra-cheap overseas brands), these triggers are reliable and easy to use. Although other PocketWizard models have more features, I’ve never found that I’ve need much more than a simple trigger for indoor work. I’ve also used these as a camera remote and they worked flawlessly. 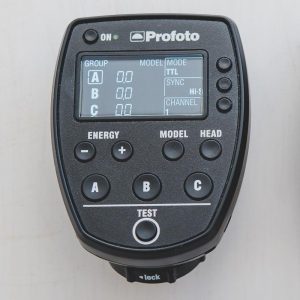 If you own a Canon camera and want TTL and/or HSS with your Profoto B1/B2, then you will need this TTL-C remote. The triggering is reliable and is effective at a large distance. Remote control over power level also works, but I feel that Profoto could improve the interface to respond faster and tell you absolution changes in power and not just relative changes. 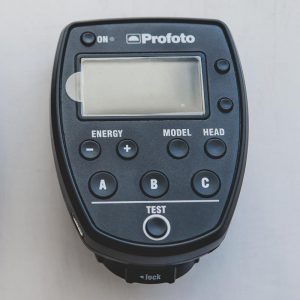 If you own a Nikon camera, then this is how you get TTL and HSS with either the Profoto B1 or B2. It works exactly the same way as the TTL-C model, except you have to set up HSS in the camera instead of using a dedicated button on the remote. If you love soft light, then bigger is better. Although you can get soft light from smaller modifiers (it all depends on the size of your subject and the apparent size of the light source), large octas like this are a great way to create soft light even when your source is far away from a person. It’s a bit unwieldily, but when you need something like this, it’s irreplaceable. This is by far my favourite and most used modifier. It’s small enough to travel pretty well, but large enough to create beautiful soft light. The combination of umbrella and diffuser give you nice control over the feather of the light. If I only was allowed to have one modifier, this would be the one. I bought this umbrella (with the diffuser – sold separately) because the Softlighter II above, doesn’t fit in my smaller luggage and I wanted something that would have a similar effect. It creates nice light, but I don’t find I use it nearly as much as I thought I would. The Creative Light brand no longer exists, but I was able to get this used off Gumtree. It’s basically the exact same as the Profoto 1×4′ soft box, with the recessed front and everything (just less expensive). I use this a lot with and without the optional grid. If I want to go for hard light, this is the modifier I go with. It’s lightweight and is small enough to fit into luggage. You can change how the light is shaped by moving it along the neck of a Profoto light. This often comes with Proheads, but I bought mine used. I’ve hired the Magnum for a few shoots when I wanted that “sunlight” look in the photos. I’ve used it with both strobe and continuous lighting and think it’s a great modifier except for one thing. It’s big. So if I were a studio photographer or large production on-location photographer I would totally buy this. However for now, I just rent it as I need it. I love this little soft box for on-locations work, and when budget allows, I plan to add it to my kit. It’s nice and small while still being able to create beautiful soft light. I would also get the detachable grid (sold separately). This is another one of the Profoto OCF modifiers that I’ve tested and would love to have in my bag. Coupled with a grid (sold separately), it give you a lot of options for shooting soft light in tight spaces. I feel that it gives me more control than a regularly shaped soft box. If you’re planning on getting any of the OCF soft boxes, you’ll need this speedring. I don’t think I’d need any more than 1 or 2 since the soft boxes set up so quickly. Be aware that these speedrings are not made to withstand the heat created by any of Profoto’s non-OCF strobes. The lightweight design of this grid kit is much better than the separate grids that used to be sold for the Profoto D1s. Coming in three different spreads, if you own a OCF strobe and are a grid user, this is an excellent kit. I don’t use barn doors often, but boy are they invaluable when you need to control light in specific ways. I’m on the fence on whether I’d actually buy this for my gear bag.