Reflective Runner | How to 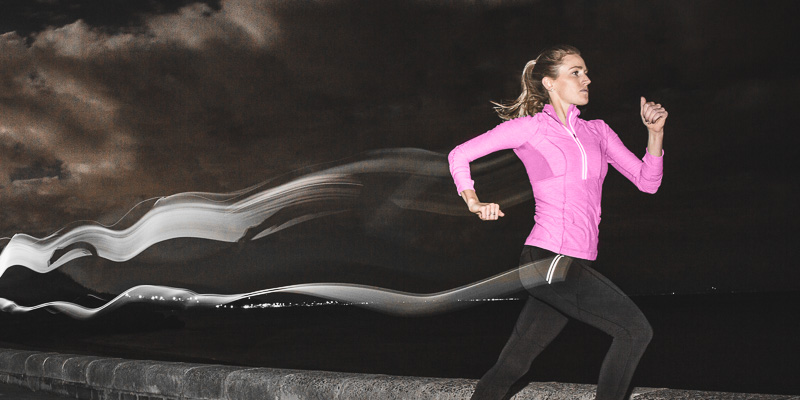 You know when you have an image in your head but you’re not quite sure how to make it happen?

That’s what gets me excited (and a bit scared) as a photographer.

I do a lot of my run/fitness photography in natural light. But a lot of the lululemon gear that I shoot has reflectivity built right into the garment for safety reasons.

I’ve used a couple different techniques to capture this reflectivity in a natural way, but have always thought that there is a more creative way of demonstrating it.

The concept for this shoot was to capture the reflectivity as a streak while also capturing the runner in stride. 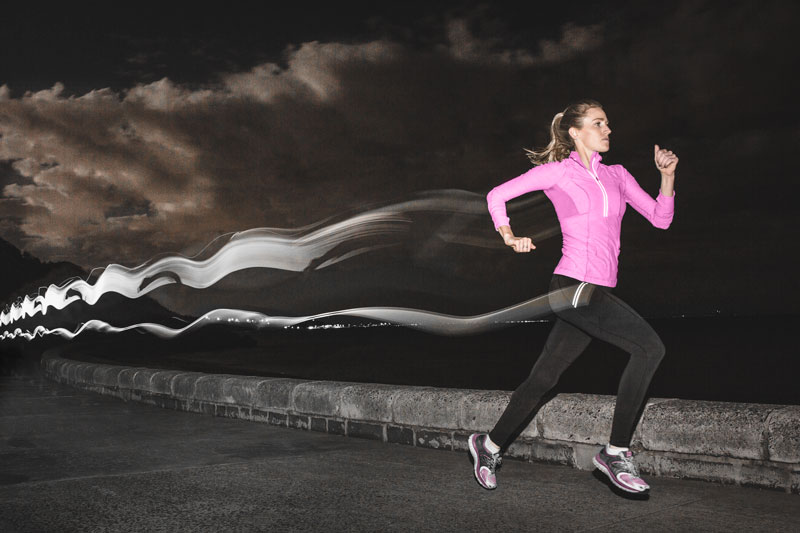 How I achieved the Reflective Runner

A lot of people have asked me about this photo. Is it a single exposure or a combination of a few? Is it real or is it Photoshopped?

Read on to find out.

I couldn’t have made this happen without the generous help of these two people:

To make this photo happen, I needed the following:

When doing a shoot like this, you don’t get a lot of winners. Timing is everything and so there’s going to be images where things are off by just enough to make you keep shooting. Once I had this shot, I knew I could stop.

Let’s break down how I achieved the two main components of the shot:

Put those things together in a single shot and here’s what I saw on the back of my screen: 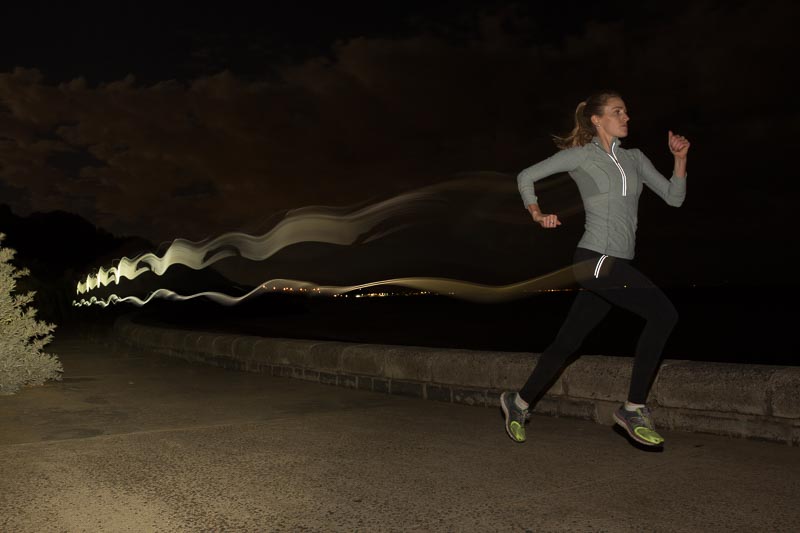 Here’s what the reflectivity shot looked light straight out of the camera. 3.9 sec at f/11, ISO 800.

So as you can see, the image is indeed a single exposure. You can also see that I’ve done a number of things in post production to stylize the image and fix some issues, but the streaks are real.

Clearly the shot straight out of camera is not the same as the final image. Here’s the issues and opportunities I saw and edited for first in Lightroom: 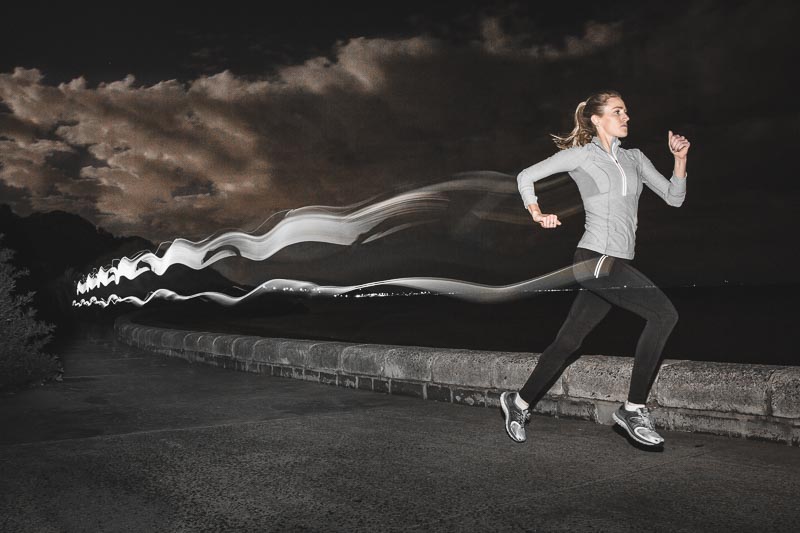 But there were still some things that I didn’t like and wanted to fix:

These changes are more easily done in Photoshop and were the final touches on the image. Here’s the finished result of the reflective runner image again to compare:

So that’s it. If you have any questions, please comment below.

If you try this technique for yourself, I’d love to see the results. Or if you’d like a similar image for your creative project, please get in touch to discuss. 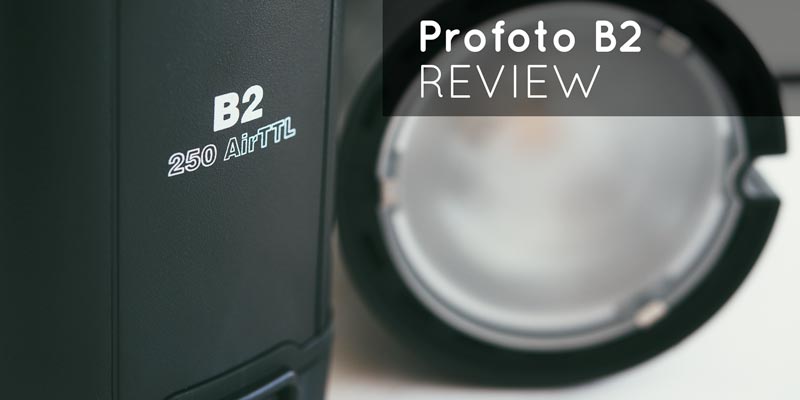 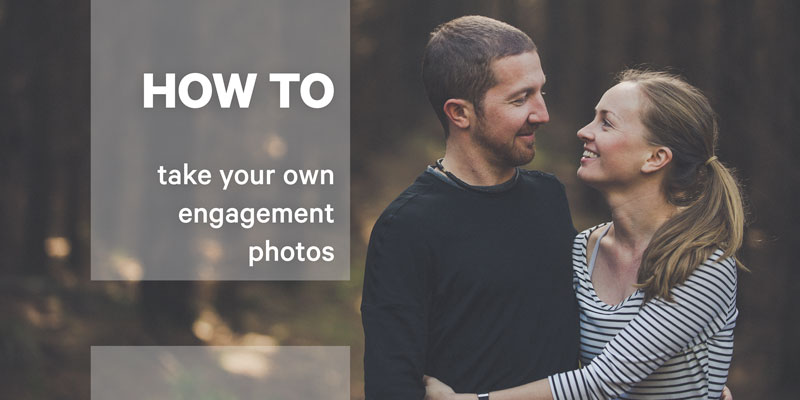 Take your own engagement photos 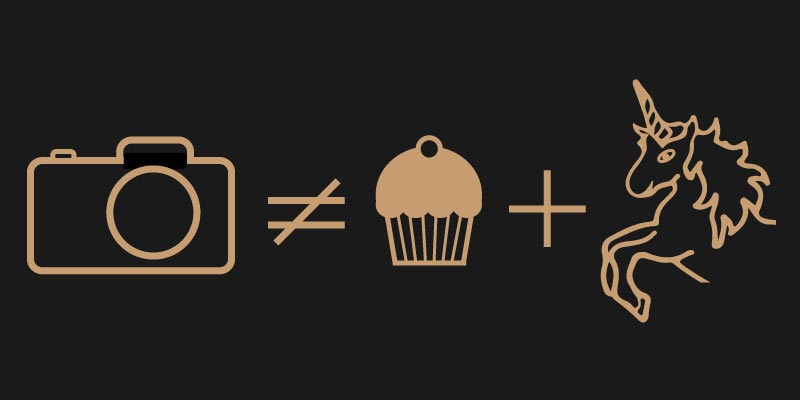 What if that feeling never goes away?